Since my last lesson, I've been 'deconstructing' my left hand to figure out how to use my fingers without squeezing my hand, and trying to use the weight of my arm more and to "pull" from my back.

I've also moved my thumb position higher on my cello neck because my thumb was initially across from my third finger, which Adam pointed out during my previous lesson that this was contributing to my hand's tenseness. Therefore, I added a sticker to the back of my cello neck to feel where my thumb should be and have been practicing with the thumb across my second finger, which has changed the shape of my hand as well.

Also, I've been trying to use more of the pad of my first finger and have been watching it for intonation because my first finger was consistently flat. AND, I've started practicing with my metronome as much as possible. I think I've made too many changes at once! :(

All of these "small" changes and I feel like I don't know how to play the cello any more!! ...not that I could play very well in the first place... but still!!
My intonation is even more off because I was used to my previous hand placement and since I've been concentrating on my left hand so much, my bowing has gotten worse! 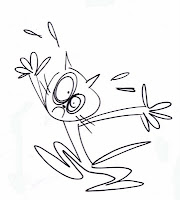 1) Exercise Book - my teacher wanted to go over the exercises in Beginning Technique for the Cello, but I told him that I had to practice from an even easier book - I Can Read Notes. 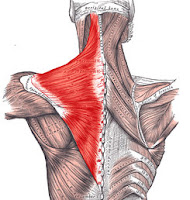 5) Rotating to A string - I'm over-doing the string crossing to A again. We had worked on this before and corrected it, but I'm back to old bad habits... argh...

6) Cello position
7) Bowing hand
8) Repertoire
I wanted to end the lesson early too because nothing seemed to be working. It would have been soooo much easier going back to the way I used to do things!

Adam was really understanding and said its difficult for him to concentrate on music if he's thinking about a specific technique too. However, he said its my left hand that's holding me back and he just wants to see me to improve, which is why we are spending more time on it.


My teacher said that he could tell my goals were much different than hers, and he could tell I wanted to become a good musician (although I don't think I've told him what my goals are) so he felt it was important for me to get the technique down.

If I don't have my left hand position correct,  I won't be able to play good vibrato (I can't wait to start doing that!). He demonstrated vibrato by playing a small section of Saint Saens' The Swan. Adam mentioned that despite the fact that it looked 'easy' to play, it was actually very difficult because there were a lot of technical things that were occurring in the body that one could not see watching a cellist play.

He mentioned that cellists are athletes because there is a lot of body control and technique to make the cello do what it does. I completely agree!


Hearing him play a small part of Saint Saens' The Swan kind of picked me up from my slump, but I was still pretty bummed afterward.  That piece is on my "To-Do List" of pieces I would like to play someday... but at my snail's pace, I'll probably be able to play that when I'm 90! ...argh!