A week before my final move to Oregon we had a concert at eTown Concert Hall, which was a Chase the Music concert collaboration. Chase the Music is the brainchild of Clark Hodge, and is a non-profit that creates special concerts for critically ill children. Below is Clark explaining the idea.

Two years ago, I was thinking of ways to organize our group's annual concert, but was unhappy with the fact that most concerts was about creating concerts "just to create concerts"... and I wanted more - something special and memorable! I happened to stumble across Clark's website and liked the idea, so I contacted him to see if we could do a collaboration. This is our second concert collaboration together! :)

I'm unsure if next year's concert will be in Colorado or Oregon, but we have a few months to decide that yet. As with all of our events, we had a mixture of amateurs to professionals performing - any cellist from beginners to advanced can join to perform in our group.

We open up nominations to our our group's friend and family first because it's always great to have a connection to the family (it makes things much more special), and then we take nominations from anyone locally. This year, BCP member Molly nominated Kati. Kati is an amazing little girl who lives with ataxia-telangiectasia. She's beaten cancer and is only 13 years old.

We had 16 cellos and friends (percussion, timpani, oboe, trumpet and flute). Our resident composer Nick created an original composition just for Kati and the rest of the program was a mixture of Kati's favorite songs - popular music (like Coldplay & Adele), songs from a couple of musicals (Sound of Music & Mary Poppins) and classical music (Copland).

I was very excited to play at eTown Concert Hall (thanks to Clark!). It was such a snazzy venue, complete with high-tech audio and video everything. They even had a recording studio in the building. 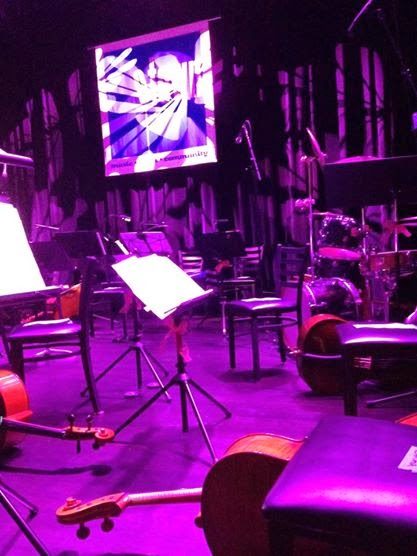 We tried to customize the concert as much as possible.
Can you guess what Kati's favorite color is? It's purple and pink! 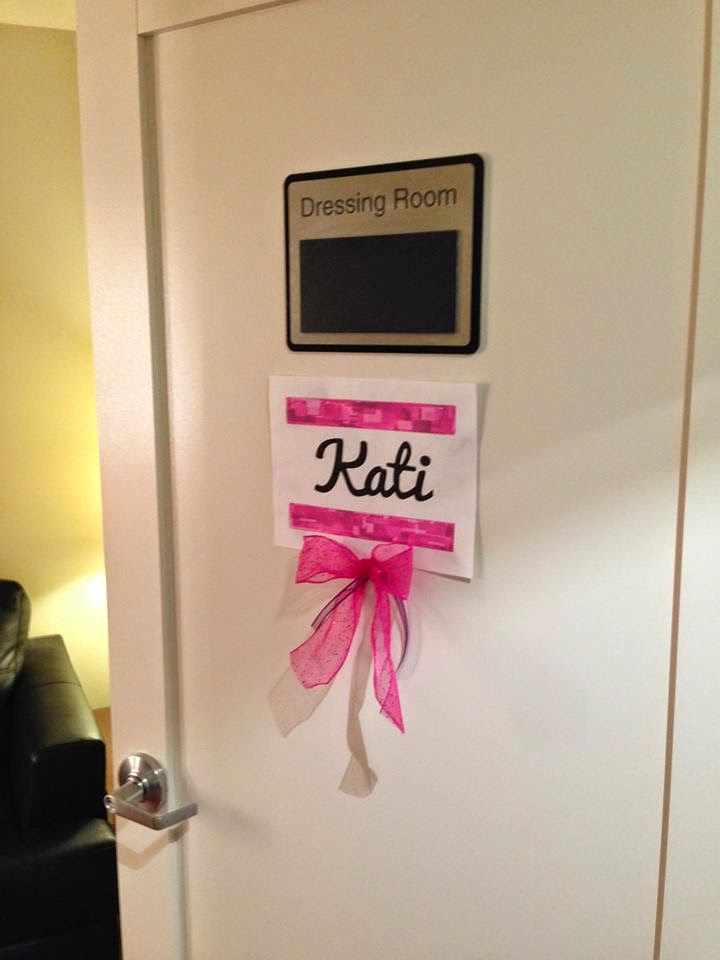 VIP treatment - Kati's very own dressing room! We also had pink and purple ribbons on our stand and also pink flowers in our hair (except the guys). 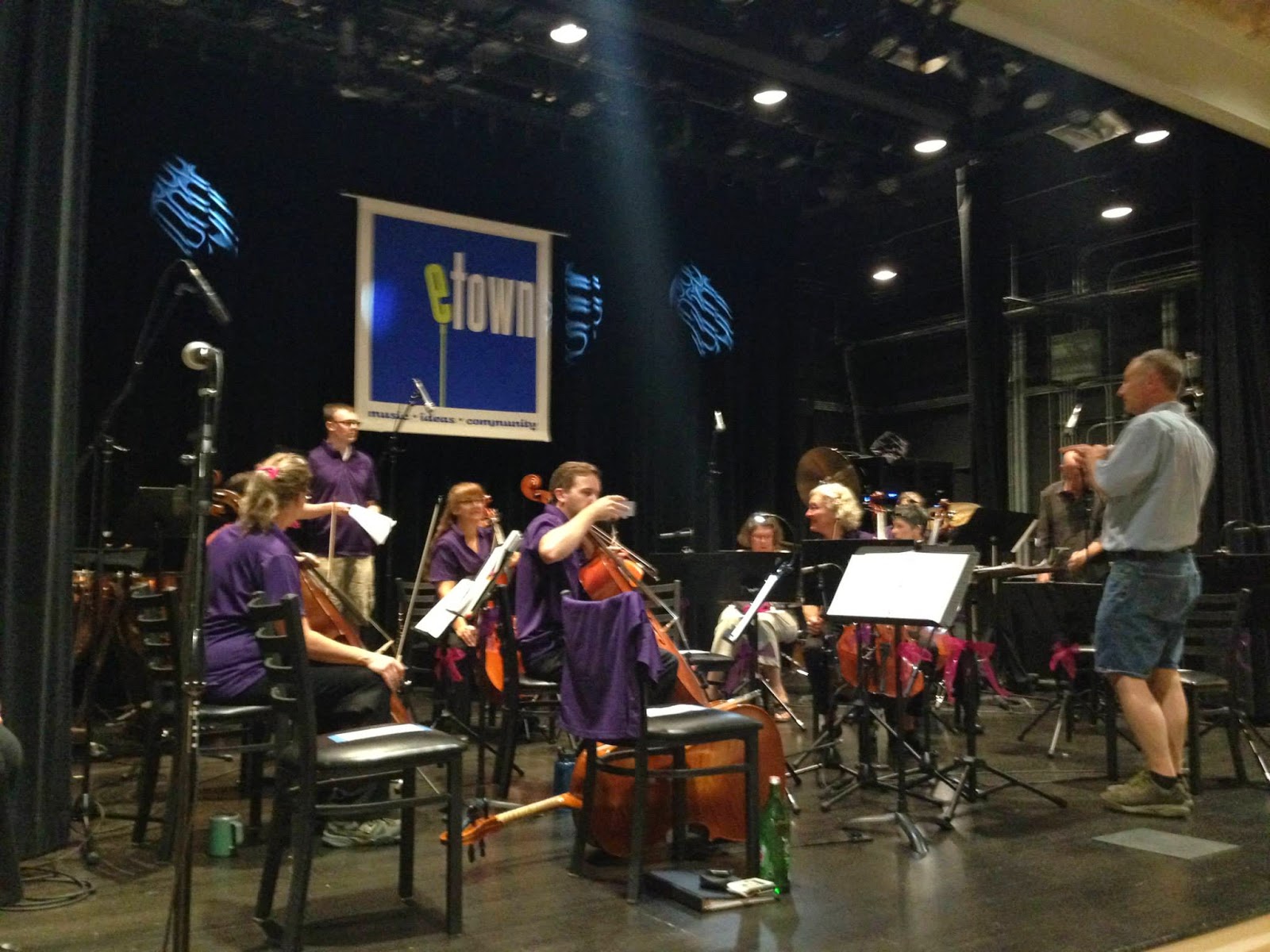 Dress rehearsal before the concert. 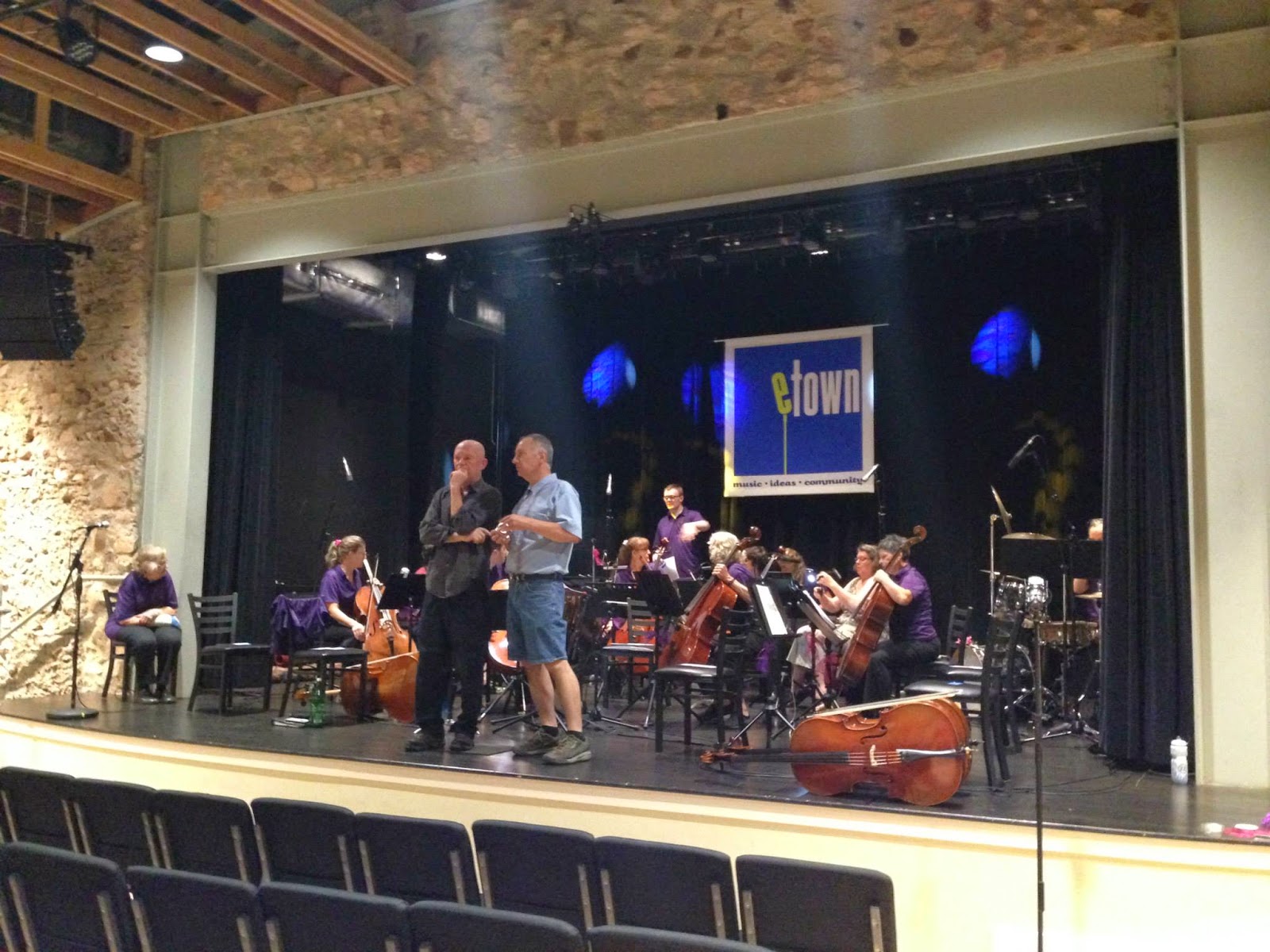 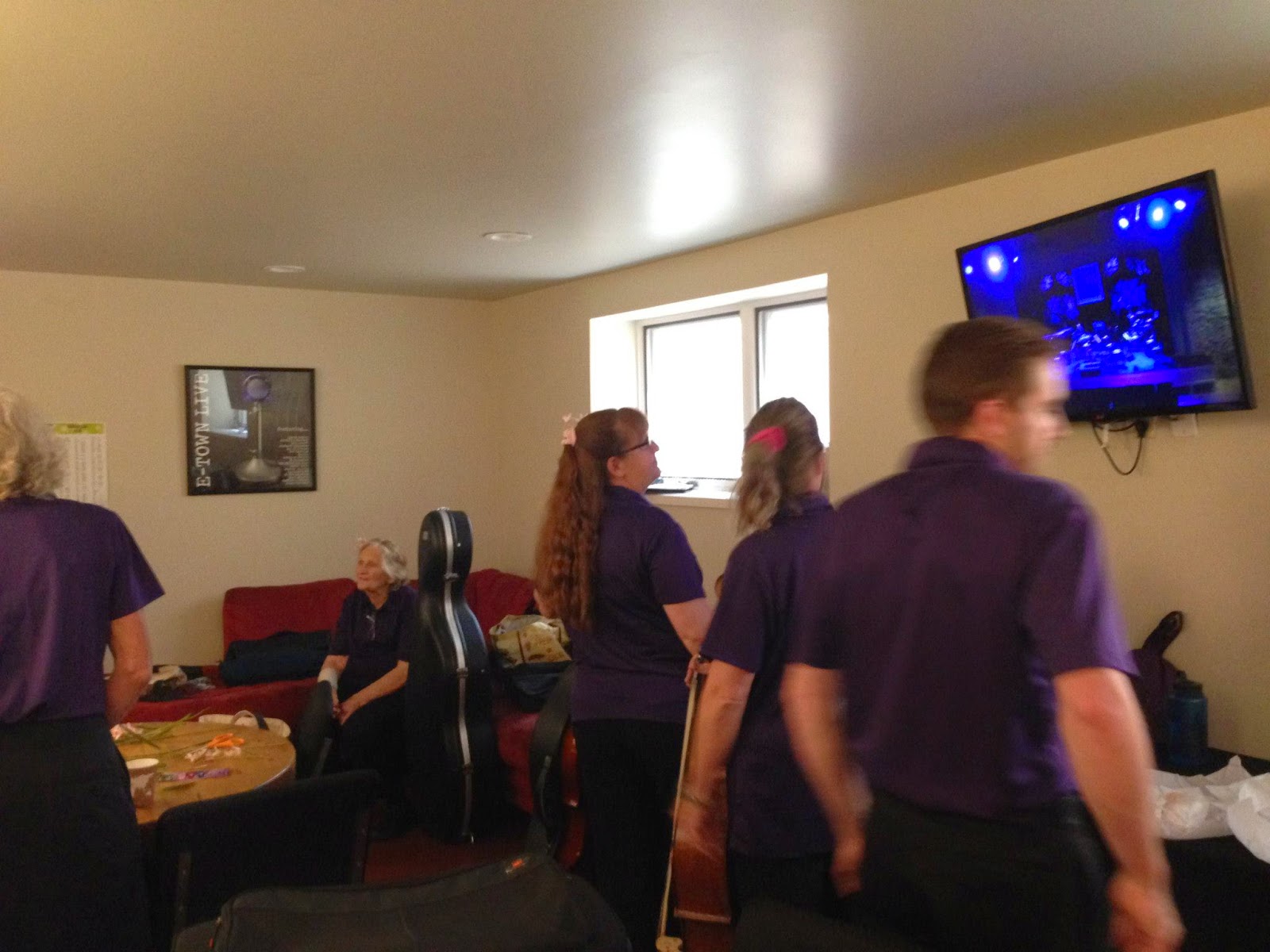 In the 'Green Room' watching the t.v. with live feed (audio and video) of the stage. The green room had a small fridge with food and drinks, and small "kitchen" complete with coffee and drink mixers.

Rolling in the Deep (http://youtu.be/8g1S-AOTHBc)
So much pizzicato that my hand was cramping up! I was also trying not to do pizzicato used in classical music, but more in jazz and rock, which meant using more of my finger like a bassist. I had to switch to two fingers too because my hand cramped up even more as we progressed through the song too.

Chim Chim Cher'ree (http://youtu.be/Phls9lhKnnk)
More pizzicato - I love pizz!! Pizz'ing loud is difficult, so I was trying to use my elbow to put more weight in the pizz.