I had Larsen mediums on my A&D and regular Spirocores for G & C but decided to switch them out because D was too quiet, G wasn't very responsive and C & G didn't have very clean chords. Even to a beginner like me, the strings didn't sound very balanced. Although I definitely like how warm and rich the strings make the cello.

Looking for strings is a little more fun for me than looking for a cello! First of all, its not as expensive in comparison and its kind of interesting trying to figure out how different string combinations affect the cello, the strings nearby and my playing! Secondly, I don't feel like I'm making HUGE decisions - I'm totally wishy washy when it comes to making big decisions, I'm one of those types that make checklists and comparison charts! Seriously, I did it for the cellos I was looking at!  hhmmm...I wonder if I should post my comparison chart... And third, I'm learning a bunch of new stuff on cellos! It's never ending!


Changing cello strings:
Quick string review:
I've read through a lot of forums regarding strings, and I thought they were being a bit picky about strings, but they really do make a difference! Along with my teacher's advice and a couple shop owners recommendations, I came across some good reading on picking out strings from the forums below:

I've been referring back to these forums to figure what strings to try out and had to keep searching for these over and over again!  This should save some time! I signed up to the forums, but I have no idea how to search through either of the website forums! I'm going to have spend some time on those websites and figure that out.
Posted by Gemini Cello at 7:42 PM 3 comments:

I didn't have a lesson last week because my teacher was busy, but during that time I was working on my bowing, specifically dropping my elbow. I think I figured out a way to do that, but wasn't sure it was correct, so it was nice to finally go over it with him. And, that it was correct! Yaay me!! :). Otherwise, I'd be spending some time un-doing what I thought was correct from muscle memory - which is such a pain!

Posted by Gemini Cello at 6:11 PM No comments:

I'm not sure I like the Evahs yet, but they should mellow out quite a bit after they break in. I've heard that they need about 1-2 weeks to break in and the Spirocores 2-3 weeks. If the Evahs don't mellow in a couple of weeks, I'll probably switch them back to Larsens. However, the D string is definitely a lot louder and more balanced and the C & G chord sound a lot better.

I thought this was a fairly relaxed lesson and we just went over a bunch of information and not much playing. 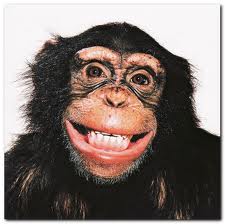 I've been learning some songs that weren't assigned to me yet. I get fairly bored doing the same ones over and over, and I wanted to do some fun pieces over the summer, so I haven't really been focusing on the technique books for the last few weeks. I've been mainly focusing on repertoire, especially since we'll be going over all of the pieces at the end of the summer with a mini, informal recital.

I'm currently in the process of finding a cello in the $3,500-$5,000 range, so we didn't go over any technique during this lesson, just tested out a couple of cellos I had out on trial: a Y. Chen Solo Montagnana cello and an Eastman 502 Lombardi Stradivarius cello. I don't want to mention any shop names until I make my decision on the cello.

We took some recordings of the cellos so I could listen to them later and  we discussed what we thought about each cello. I'd like to post the videos, but my teacher doesn't want them up.

For the price $1,800, this cello had a lovely grain and had a lot of volume, but I returned my cello rental because:

1) It had a really bad wolf and it was a bit difficult to play. Even with a Lupx Wolf eliminator I could feel a wolf ready to come out on certain notes. Perhaps if I purchased a heavier eliminator it would have helped.

2) I couldn't make any changes to the cello, that is add posture pegs, update the endpin, etc. And did I mention that the C peg touching the back of my head was driving me nuts? ;). And causing my posture do do weird things because I was trying to avoid the peg.

3) When I played chords, there were a lot of notes that rang when they weren't supposed to! My teacher said he'd never seen a cello do this before. 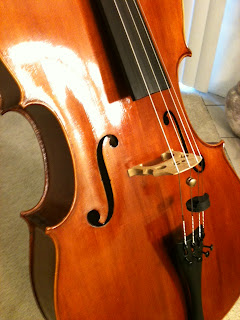 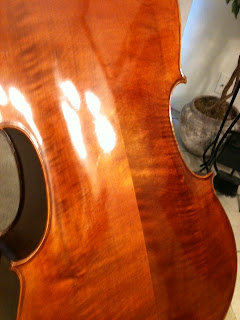 I’ve learned so much about cellos – more than I expected and more than I wanted to know! I’ll have to post some of my findings in more detail. But some information for now.

Also, some good articles I found regarding finding a cello:

What I’ve learned so far:

My advice:
I have LOTS more information on how to look for a cello, so I think I'll post them separately. I also have some really good advice from luthiers on how to pick out cellos too.