Clayton also moved into a new apartment, and I'm one of his first students to play in his studio. Normally we meet at the university for lessons but this actually works out better for me since he lives down the street a few miles away. He'll also be leaving for the summer for Boston, so while he's away, he wants me to work on Schroeder's Etude Book and to continue to work on my intonation.


Bowing epiphany:
I made a break through in my bowing during this lesson! :)

Posted by Gemini Cello at 5:30 PM No comments:

A quick lesson before I go on my dancing trips, first to Seattle for a weekend workshop and then the following week another dancing workshop in San Francisco! 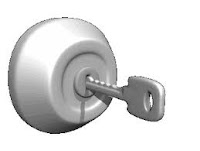 Posted by Gemini Cello at 6:00 PM No comments:


Clayton had forwarded one of his student's parents who is a beginner pianist who wanted to work with a beginner cellist like me. She transcribed a few pieces for me to work on so we could do a few duets together but the problem is that I don't really know how to shift. I worked on the pieces but was struggling on finding the correct position and notes, so we worked on this during the lesson.

Different Shifts
We went over what the difference between what an underhand shift does versus an overhand shift.

Great video that explains this as well. She's recorded a bunch of videos on shifting which has been very timely for me! :).

Things to work on:
There were two parts for Greensleeves, Part I, the harder part has shifts to 2nd, 3rd and 4th and part II, the easier part, only requires one shift to 3rd.

Posted by Gemini Cello at 2:00 PM No comments:

Finally got around to recording Minuet in C! :).
I've been working on volume and it's really been driving me nuts on how harsh and scratchy I've been sounding lately....horrible!!! I actually recorded a video yesterday, but when I listened to it today and heard how awfully scratchy it sounded and I had to re-record.
This one is less harsh, but it's still annoyingly loud to me, and I'm not sure how I can get a rich tone yet without sounding so darn harsh! Ugh...ugly..ugly... *sigh* :(


Turn down the volume before you press play!

Things to work on:

Whew - anyway, glad I got this recorded so I move on to Minuet No. 2.

I thought this was an interesting piece for a few reasons:

Posted by Gemini Cello at 8:25 PM No comments:


We've also been working a lot on tension, weight and volume, and since Clayton is a TA for the Musicians’ Wellness Initiative he's very much into playing with as little effort and tenseness while maintaining a good sound. I have the very bad habit of pushing down to try to get more volume and being really tense in my shoulders (and in my body in general), which has gotten a lot worse since I've been trying to get more volume, so we've been focusing on this for the last few lessons.

I've also noticed that I've lost some of the ringing tones from my previous videos and my sound sounds much more "stuck." I feel like I'm definitely pushing down on my bow again! :(.

I'm collapsing my elbow and I should remember that my bow should remain on the same path.


Clayton sent me the link to the video to listen to the different tone produced at 4:30(ish).

Very short lesson notes... I didn't take notes and my memory is failing me (since I'm writing this a month later!). I'll add more details as I remember them.
We worked on Minuet No 2 again, and pretty much had the same issues as the previous lesson. I haven't had a lot of time to practice so maybe I should space my lesson out more until I can find more time! But then again, it forces me to practice.

Things to work on:

Posted by Gemini Cello at 12:30 PM No comments:

Sorry to the folks who are subscribed and get a bunch of notifications, but I want to try and catch up on my notes.

Anyway, I'm back to doing some Jazz cello, which was put on the back burner while I worked on some classical repertoire and technique. I'm going to try and take a Music Theory class at the college next semester so hopefully that helps with my Jazz training as well.

One of the issues when I attended the jam session was that I discovered that I had a seriously lack of knowledge of my fingerboard! I practice my scales and even say the notes aloud, but I've discovered that it's all very superficial, because when it came down to it, when I was asked to play a certain note I couldn't find them very easily! Kind of embarrassing, but Daniel was very nice about it and I had explained beforehand that I was a total newb and still working on this stuff - still, a hard wake up call that I needed to start learning my fingerboard better! :(.

A great idea from Abigail McHugh's YouTube channel - spelling out words! I'll have to try this later:

Chromatic Scale:
During this lesson we started working on the Chromatic Scale. I don't know what the deal is, but when I have to think about notes, my brain completely shuts off!! Especially, when we're going back down the scale! It's a little funny and embarrassing... Clayton would ask, what note is after D on the open A string going back down the scale and my brain would completely go blank!! ...uummmm B? Seriously, no exaggeration! Lol! ;). Okay, in my defense I was thinking about my bowing and fingering and we were learning some shifting and I was getting lost a bit... wow, brain overload...

He gave me a couple of exercises to do, which truthfully I haven't really practiced because my brain just shuts off when I have to think about this stuff!

G Major Scale using different positions:
These exercises are to get comfortable in moving around the fingerboard and to start learning notes as well.

Posted by Gemini Cello at 7:53 PM No comments:

This summer I decided to sign up for a beginner adult strings summer camp in August. The problem is I live in Colorado and the camp is in California.

I didn't know much about traveling with a cello so I asked Adam what I needed to do if I wanted to fly with my cello. Fortunately for him, he has an expensive cello case and is able to check-in his cello. I have an Eastman Z-Tek, which he did not recommend that I use for airline travel since it's not specifically made for it. He's flown several times without incurring damage to his cello (knock on wood) and only had his cello "lost" a few times; that is, it didn't arrive at the airport when he arrived.

I think he mentioned that his case was a BAM cello case, so his cello is completely suspended, but he would also wrap some towels around his cello before putting it in the case and would also duct tape the latches. He also mentioned often times if a latch is accidentally knocked loose or something, the integrity of the case is compromised so the cello can be more easily damaged so it was best to use duct tape and then use some GooGone to remove the tape.


Adam also warned me that the fees (e.g. oversize baggage, carry on, another ticket for the cello etc) seemed to change depending on how knowledgeable the check-in counter person was or if they were having a busy day, because every time he flew he was charged a different amount even though the departure flight and return flight was on the same airline. He said it was pretty much a luck of the draw or lack thereof!

After the lesson, I was feeling pretty good about flying with my cello, but I decided to look online to see what my airline (United) would charge for my cello and discovered a bunch of horror stories about traveling with a cello instead! It seems United is notorious for how they deal with cellos. Apparently, my teacher has had more luck than most cellists when traveling.

Some discouraging cello travel blogs & articles below:
Great info on how to travel with a cello:

Anyway, my husband recommended that I just rent a cello once I get there (if they have one available, which they haven't confirmed yet), but I really, really, really want to bring my cello! *pout*
Maybe a month or two ago, I wouldn't have cared and would have used a rental cello, but lately I've started to really hear when I'm tune and can hear my cello's resonance much stronger than I did before. And, I think traveling with my cello and playing a minimum of 4 hours (not including practice time) for 5 days straight will really cement my recognition and muscle memory with regards to intonation, current fingering and positions. Check out the camp's schedule, it's exactly what I was looking for at my level. Actually, I think it's above my level since I haven't really worked a lot on shifting yet, but I think it's always better to have something right out of my reach. :).

After researching the different airlines online, I decided that I may want to drive to California instead, only to discover that it would take 20 hours and 34 minutes to get there... ouch! My husband definitely was making fun (and complaining) about my choice of musical instrument! - "Why did you have to pick such an expensive bulky instrument?!"

Although, so far, driving to California seems to be the choice for me. However, I would have to drive solo, which I've never done before! I've driven to places in California, New Mexico, Utah, Nevada and Texas (and Tijuana!) before but never alone, so it's kind of a scary thought driving alone. - What if I get stranded or something? Ugh..
I decided to rent a car since my old '93 Toyota probably won't make it to California. The cost of the rental from Saturday to Monday only costs $272.19 with unlimited miles, but I'm not sure how much gas is going to cost... I've always loved to drive (I'm kind of a speed racer and I've had my license revoked back in the day for speeding tickets, but that's another story...) so I'm kind of looking forward to this! Just me and my cello on a road trip... lol! :).

Anyway to my lesson notes:

We talked mostly about traveling, but we also worked on Minuet No. 2 for a bit.

Behind on lesson notes again! Hopefully I can catch up today...
Posted by Gemini Cello at 8:03 PM No comments: