Overwhelmed = Procrastination! :(.
I have to admit preparing in a very short amount of time (2 weeks) has gotten be a bit overwhelmed so I've been procrastinating like crazy on practicing these pieces.
I didn't pick up my cello all day Saturday and I even cancelled my cello lesson today (Sunday) so I could go dancing instead! *sigh* And this is the last full weekend I can practice since I'll be leaving early Sunday morning.

These pieces are "easier" than the last workshop, but if it wasn't for the previous workshop, I would have had a full 4 weeks to practice these three pieces and I think I would have been fine. Next summer, I'm going to have to make sure there is at least 5-6 weeks between each workshop so I can have a full 4 weeks to practice the pieces and also have a few days for a break to recharge. Two weeks is just not enough time to prepare! ...argh...!!! This is going to be a disaster! :(.


The only thing that has really gotten me to pick up the cello and practice a little bit is that I don't want the rest of my chamber group to suffer because of my lack of practicing. So I'm trying to get at least 2 out of the 3 pieces somewhat "decent" and only have six days to do it. The two pieces, Largo & Finale, has four cellists including myself, and the last piece Adagio has eight cellists with two cellists doubling up on each part, so I figure I need to practice the first two. In fact, I haven't even looked at the third one! ...I'm in trouble...

Trills:
One of the items I forgot to mention in my other entry is that one of the pieces, Largo, has trills! I've never done trills before so we spent some time on this. Adam showed me how to do this and gave me some helpful tips:


Largo:
Adam pointed out that Largo is slower than Adagio. I didn't even know Largo was a tempo marking... and since this piece is called Largo, Adam told me I could anticipate that this would be fairly slow.

He recommended that I pay attention to part IV, which will be acting like a metronome since it has eighth notes and playing on every beat.

And, he also pointed out that for at least 7 measures it's marked as solo so I need to be louder than the other three parts - yikes! I need to start focusing and practicing those measures more! They're also happen to be the hardest measures for me.

I've also been practicing the "Count Down" song that I learned at the workshop (which I think is really fun!) and it's helping me find second position easier. Although I keep forgetting to initiate the shift with my whole back/arm and not just my fingers.

Procrastinating:
More on the procrastination front: I just confirmed/purchased my round-trip airline tickets, hotel and shuttle ride today - yep, with only one week to go! Although I still need to figure out if I need to reserve a taxi cab or something to get to the camp grounds... 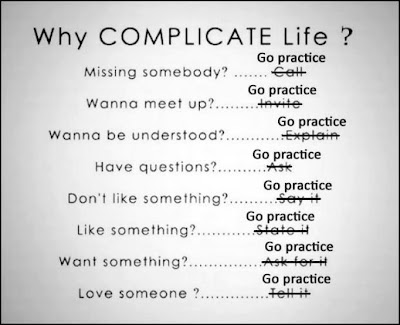