Yaay - first time I played with a community orchestra! :) I'm crossing that off of my goals for this year! I know technically it was a bunch of cellos again, but...

Playing with an orchestra definitely has a different atmosphere and vibe than my cello group. Since we have more intermediate and beginner cellists playing in our cello group, we focus more on cello technique and ensemble skills. We also allow food and drinks while we rehearse and it's very relaxed - we drink beer! ;)

Playing with this orchestra (I'm assuming most orchestras are the same), everyone just showed up, played through the music and received instructions from the conductor with regards to tempo, phrasing, etc. without much info on cello specific technique or ensemble playing, but that is to be expected when there is a larger group musicians with different instruments. We were only allocated one hour per rehearsal so the entire orchestra could work on their pieces, but we had extra rehearsals hosted by other generous cellists in the section so we could get some extra practice together.

Even though this is a community orchestra, and there are no auditions to play in this orchestra, I felt everyone was definitely an advanced player! ...well, MUCH better than I at least. ;) It's always great to play with better players though, and it definitely pushed me to my limits, especially with regards to learning to play different tempos.

Anyway, I'm sitting to the far right (2nd cello in from the end) and I'm covered up by the conductor throughout the video (which is great since it's less obvious when I mess up!), but my fingerings are still visible. ;)


I couldn't pizz and hold the bow at the same time (due to the torn tendon in my middle finger in my right hand), so I had to leave my bow on my stand. I was so nervous every time I picked it up I kept bumping my stand and making a loud noise! Lol!

There are a bunch of empty chairs in the video because normally the orchestra would sit there, but for this piece all the cellos sat up on the stage. I sat on the second level (on the steps) so I had to pull out my endpin all the way to reach the floor, and it was still too short. It threw me off to have my cello more at a tilt and shorter than what I normally would like it to be. Unfortunately, we didn't get to practice in this setup prior to the concert. 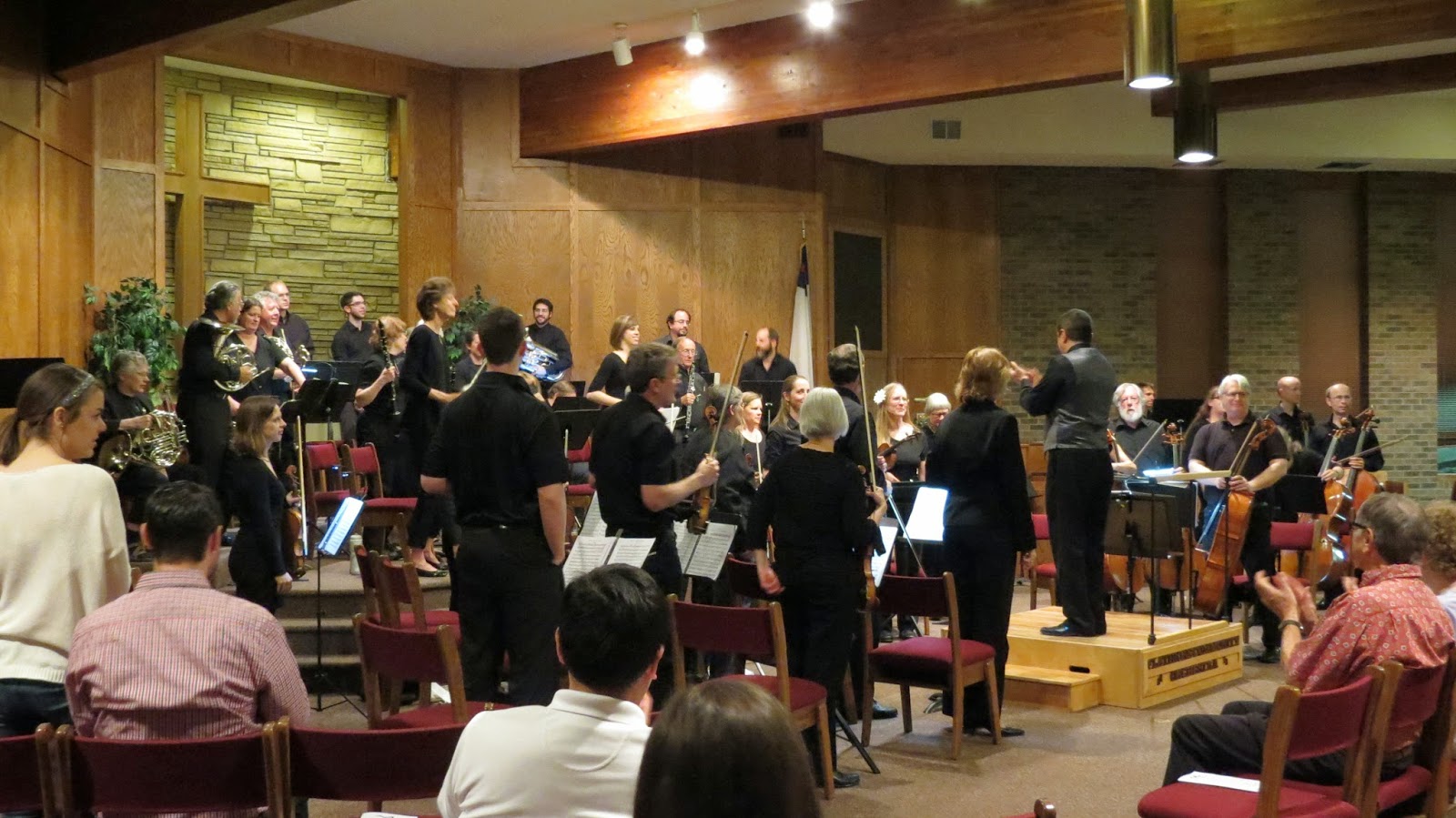 The orchestra taking a bow at the end of the program.

Anyway, the second concert went MUCH better and I'll post that video tomorrow. :)