Another thing I discovered while testing these two cellos which I've discussed with my teacher.

If I play one cello first for a couple of hours and then play the other, I prefer the first cello I played over the other!

This was very confusing to me, but it made me think if there was anything on the psychology of buying a cello regarding how a person's ear is being TRAINED while they are doing a cello trial and how it affects their preferences, and what is the likelihood of someone purchasing a cello if the trial period is extended.

I was thinking as long as comfort and playability aren’t factors (which I've now learned is a very important in looking for a cello, but was only looking for sound before), then the chance of returning the cello probably decreases because the person is training their ear to PREFER that specific sound. I think this may be a feedback mechanism… I'll have to research this further and post my findings!

This got me wondering how much of this affects my developing personal preference in sound and what is its lasting effect? So what happens if I play the same cello for 10+ years? How likely or how difficult will it be to find another great sounding cello since my ears would be so attuned to the sound of that particular cello?
Also, I was curious how much of the sound preference is influenced by the TEACHER. Since a student’s ear is still developing and is using their teacher’s cello as the point of reference!
I found it very odd that I had almost the EXACT same thoughts as my teacher about the sound of my cello when I changed out the strings!! I had brought a cello that I was testing to my lesson with the original strings, and then the following lesson brought it in with my new string selection. We both thought the cello sounded too bright and that the original strings sounded better! When he gave me his feedback on the strings during the lesson, his words were almost verbatim of my own thoughts regarding the string selection! It was very weird...I seriously thought he was reading my mind! Lol! :)


So subconsciously am I trying to find a cello that has a sound similar to that of my teachers?
I joked with my teacher that how would I know if his cello's sound was any good, since his was the one I was using as a reference point! However, I do think his is a great sounding cello - in comparison to other cellos as well. 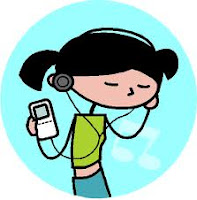 Anyway, my teacher had come across this same issue when he recorded the same piece on different instruments and about half way into listening to each version his ear had gotten used to the way the cello sounded and liked it better than his original initial impression. Although this can also depend on recording quality, he's had his other fellow cellists listen and have the same issue.
So there is definitely an issue with getting used to a certain sound and not realizing it. I forgot what this was called, but we covered this in my Cognitive Psychology class, I'll have to look at the textbook and post some info on this.

However, my teacher did say if I don't like a particular sound, than I won't like it and my ear won't get used to it.

Here's a fun little experiment my teacher sent me:

Below are audio files of my teacher playing a tango. He's playing all 4 parts. He recorded the 4 tracks and then put them together. All of them are recorded at different locations with different mic mixes and different cello's or cello set ups.
Listen to the recordings:

I should post my thoughts on each, but I don't want to make this a three-parter!

Some good articles on music and listening. They're a bit too short with not enough information, but its a good start. I'll have to look at the original publications for more information...hmmm...maybe I'll post them and write a short blurb...