I've been sick for a few days now, a really bad cold or flu, and almost cancelled my lesson Friday.
I was feeling the first symptoms Wednesday, but woke up Thursday morning feeling really bad, so I called in sick from work and stayed home all day Thursday drinking Theraflu and Emergen-C and watched the movie Contagion (my husband's idea) ...good way to become a hypochondriac and think I'm spreading a deadly disease!! LOL! :).

Anyway, I was too excited to cancel my lesson Friday so hopefully I didn't get my teacher sick. Although practicing in one of the university's very small, poorly ventilated practice room is almost a sure fire way to get sick...sorry Adam! 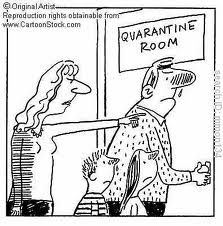 Unfortunately, just as I suspected, my technique has been getting worse. I've always thought getting corrections done sooner than later was important, so as not to ingrain bad habits, and I've definitely had some bad habits returned.

Although my teacher mentioned that when he's off for awhile not practicing that some of his bad habits go away and things that he's been working on just clicks. This occurs in my dancing, but not in my cello practice yet. I think you have to get to a certain level before that starts to occur. I took a year off in my dancing, but am back at it this year (Yaaay!) and noticed the same things. Time to start some dance training (cardio, lifting weights, losing the weight from sitting on my butt for a year playing cello...*sigh*).


Review of old repertoire
We went over some old repertoire to get back into the cello-playing frame of mind. I've been practicing during my two week vacation but not recently during the past few days because of my cold. Therefore I wasn't really prepared for this lesson. If I don't practice the day before a lesson I always do horribly worse. Its ridiculous how much I lose if I don't practice daily!

Adam reminded me that I need to keep reviewing the previous repertoire periodically (which I haven't and I'm sure it showed!) so that I can play these pieces from start to finish from memory and have it polished! Hmmm...that may be an idea...I should record all the pieces in Book 1 at the end of 2012 and compare it to the original recordings! ...should be interesting...

Some notes on things to work on:
I definitely didn't play these as well as I should have, and as well as I know I can, but Adam seemed to think it was fine - I think he was just being nice!

Goal Time:
I have 7 weeks to get through Book 1 with four more pieces to get through, so that means I have 1.5 weeks to work on each of them and get them recorded. I'll try to record Rigadoon by Wednesday (I think I have this!) and start working on Etude afterwards.

I told my teacher my goal and he said I definitely can get the pieces learned by my time frame, but not as polished as it should be. Although he said in most cases, a student will learn the piece, and as they learn and better their technique, they have to return to the old pieces to polish them up because there are just some things they can't learn right away.

I've been listening to the Suzuki recordings diligently at work - I'm sure my co-workers are sick of hearing it! Fortunately, my teacher said he would record the cello accompaniment to all of the Suzuki pieces so I can start playing along to that to get used to how it sounds playing with another cello! Awesome idea!!!  Can't wait to get those recordings!! :).
Posted by Gemini Cello at 5:19 PM